Another Erik Larson books, and once again I need to remind myself I’m reading nonfiction. The Devil in the White City is a look at Chicago at a turning point. Seen as a rough tumble, gruff city on the edge of the civilization (I can only assume these views come from New Yorkers), Chicago had to earn its place among major cities of the world. Growing up there I have always known how great it is, and embraced it’s colorful history from Al Capone, and influxes of immigrants, factory workers and union battles to Mrs. O’Leary’s cow and rebuilding of the city after the Great Fire of 1871. 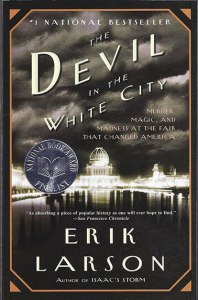 Larson is great at writing nonfiction as though it’s fiction. This is no different – the way the stories wrap around each other to give a full view of the city at the time. Make no mistake – these are two separate and unrelated stories. There is a catch though. As one blog put it “I’m still not sure what the two stories honestly have to do with each other.” This can feel true, but they were missing the point of the entire book. Chicago was at a turning point. The entire country was really, but Chicago more than anyone.

The Gilded Age was a time of change – the usual way of life as everyone knew it, was being altered. Young women moved away from home and got jobs in far away cities, City planning was just developing, and the economy of America was changing quickly, while also taking a nosedive into a recession. This book is how different people approached the changing times.

“Never before in civilization have such numbers of young girls been suddenly released from the protection of the home and permitted to walk unattended upon the city streets to work under alien roofs.” – Jane Addams

Chicago, thanks to the Great Chicago Fire, had an opportunity to rebuild based on these changing times. Buildings got bigger, roads became wider, planning included trains – and public transit – the L was just beginning. The fair actually allowed for its extension to different parts of the city. The influx of workers from other parts of the country due to a recession, these young women leaving home to find work, and another wave of immigrants, made it ripe for disaster as well. A clever criminal mind would see all this as an excellent opportunity – and one in particular did.

Here’s what the book did well:

The story of a criminal mind seeking out new opportunity: The H.H. Holmes story was interesting – especially in terms of how gullible people seemed to be. This may have been the big city, but it was also the Midwest. The big city was still new, and all those people it drew in would never have run into anyone looking to harm them. Holmes did so much more than that though.

Architectural history: I was actually interested in an early part of the book where Larson explains the different in building sky scrappers in Chicago versus other places, like New York. Part geology lesson, part architecture lesson, it was interesting to me. My first instinct was, how long does he go on about this for? And then I breezed right through.

Actual building of the Fair: This is the vast majority of the book – and every so often I thought, why aren’t they done yet? How are they not even close? Chicago is a unique beast, and that had a lot to do with it, from city politics to maneuver to the erratic weather destroying what was already done and setting everything back. 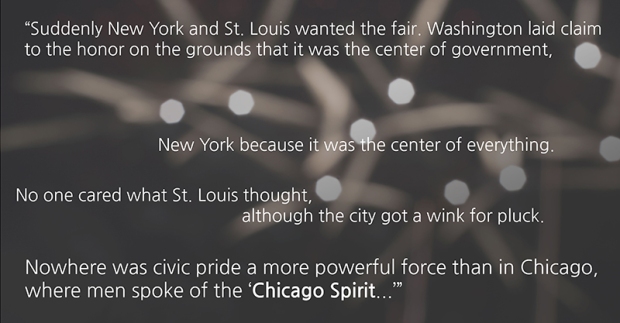 Chicago vs. St. Louis and Chicago vs. New York: New York, and many out East looked at Chicago as backwater. Chicago looked down on St. Louis, and no one else paid attention to St. Louis. Oh and Philly didn’t like how Chicago edged them out to be the second biggest city in the country.

And what it didn’t do well:

The Holmes story felt a little anti-climactic: All of the sudden it gets a little crazier, and then it seemed to be wrapped up. There were so many questions left unanswered, or at least not answered to the capacity I was looking for.

The end of the Fair: It ended. Much like the Holmes story this part was rather anticlimactic though, it seems partly due to how it actually ended.

The awkward initial open and close of the book: the broader story is bookended by an old man thinking about a friend, and long ago when they worked together, literally as their ships pass in the night on the Atlantic Ocean. By the time I reached the end I’d forgotten all about the initially opening part.

The Assassin: This was such a small piece, and so little information included, I wondered towards the end at it even being included. Interesting, but with no meat, why include.

Devil is less than 400 pages, but felt much longer.

If you’re not familiar with the background of Chicago (and are inclined to learn more) here are some helpful websites: 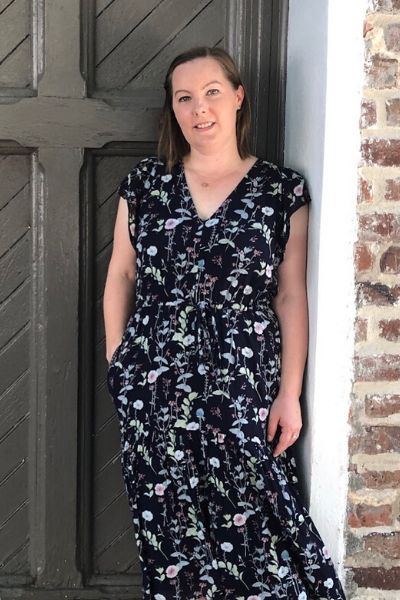